A flexible Pinner preparation of orthoesters: the model case of trimethylorthobenzoate
The Pinner preparation of orthoesters was revisited achieving remarkable improvements. Outstandingly an unprecedented synthesis of trimethylorthobenzoate starting from benzonitrile has been described.
In the absence of additional solvents,
a novel procedure was implemented for the synthesis oftrimethylorthoesters through the Pinner reaction. At 5 °C, the reaction of both aliphatic and aromatic nitriles (RCN; R = Et, Bu, Ph) with a moderate excess of MeOH and gaseous HCl gave the corresponding imidate hydrochlorides [RC(

NH)OR′·HCl]
in excellent yields (>90%). At 25–65 °C, the methanolysis of alkyl imidate salts provided trimethylortho-propionate and valerate, while only traces of trimethylorthobenzoate (TMOB) were observed. However, the aromatic hydrochloride could be readily converted into the hydrogenphosphate salt [PhC(

NH)OR′·H3PO4] which, in turn, underwent a selective (>80%) reaction with MeOH to produce TMOB in a 62% isolated yield. This allowed for an unprecedented Pinner-type synthesis of TMOB starting from benzonitrile, rather than from the highly toxic trichloromethylbenzene. Overall, remarkable improvements in safety and process intensification were achieved.

Large-ring lactones and lactams were prepared utilising the full fatty acid chain of common plant oils as a source of the macrocycle. Ring closure via acyloin condensation does not require large volumes of solvents for dilution. Nonadecalactone (NDL) and tricosalactone (TCL) can be converted to novel polyesters by ring opening.

The Next Sports Drink?
Watermelon drinks, like this smoothie, could help cut down on muscle soreness after intense exercise.
Credit: Shutterstock
http://cen.acs.org/articles/91/web/2013/07/Watermelon-Juice-Prevents-Aching-Muscles.html
Before taking a long bike ride on a hot summer day, have some watermelon: The juicy fruit may ward off muscle pains. Researchers report that people who drank watermelon juice before exercising felt less sore the next day than those who drank a pink placebo beverage (J. Agric. Food Chem. 2013, DOI: 10.1021/jf400964r). They also found that cells absorb the presumed active ingredient, L-citrulline, more readily from unpasteurized watermelon juice than from plain water spiked with the compound, suggesting the natural source is the optimal delivery
medium.
http://cen.acs.org/articles/91/web/2013/07/Watermelon-Juice-Prevents-Aching-Muscles.html

Health benefits of  Bioflavonoids for Anemia

1. Red Bell Peppers or Sweet Peppers – Red peppers contain three times more vitamin C than orange juice, according to some medical sources. Scientists agree that raw bell peppers are an effective way to get bioflavonoids into the system.
2. Strawberries – these luscious red berries are a great source of bioflavonoids. Other berry types are similarly rich in these kinds of antioxidants. This leads to specific claims of health benefits for berry-made wines and derivative foods.
3. Citrus Fruits – Oranges are a significant source of bioflavonoids. Lemons and limes, as well as peaches, nectarines and other fruits all contain vitamin C and bioflavonoid superoxidants.
4. Grape seed extract – has beneficial effects on the circulatory system. Some of these include improvements to cardiovascular health, protective antioxidant effects, improved eye health, and anti-inflammatory action.
5. Black currants – have a very high content in antioxidants and vitamins. In particular, they’re very rich in Vitamin C. Black currants also contain several rare nutrients, like GLA ( Gamma Linoleic Acid, a very rare Omega-6 essential fatty acid) and MAOI (Monoamine Oxidase Inhibitors), and may therefore be used in therapies against depression.
6. Lingonberry or Cowberry – contain plentiful organic acids, vitamin C, provitamin A  (as beta carotene),  B vitamins (B1, B2, B3), and the elements potassium, calcium, magnesium and phosporus.  In addition to these nutrients, they also contain phytochemicals that are thought to counteract urinary-tract infections, and the seeds are rich in omega-3 fatty acids.
7.  Broccoli – this green vegetable has a lot of vitamin C, as well as some other essential vitamins for a healthy diet. As with other foods, use broccoli raw for best results.
8. Brussels Sprouts – for a hearty meal, include these cabbage type sprouts. Rich in antioxidants, they are also packed with their own unique taste for a delicious way to get bioflavonoids and vitamins.
9. Tropical Fruits – exotic fruits, like mangoes and papayas, have a lot of bioflavonoids and other nutritional elements packed under their skins. Don’t miss out on what they have to offer.
10. Garlic – by most accounts, garlic is a superfood. Our food culture has long been aware of its anti-inflammatory properties, but now scientists are counting it as among the natural foods rich in bioflavonoids, and therefore able to deliver the antioxidant values we associate with “healing foods.”
11. Spinach –this magic plant has all of the qualities you would associate with a green vegetable rich in antioxidants. Spinach is a good all-purpose nutrient – try it in place of lettuce for a salad that’s bursting with nutrition.
12. Teas – Green tea/ Rooibos/ Hawthorn – are known to have a lot of powerful elements that contribute to longevity and good health. Green tea extract plays a beneficial role in protecting against certain infections, improving cardiovascular health, promoting better dental hygiene, and offering protection from the development of some types of cancer.Traditional medicinal uses of rooibos tea in South Africa include alleviating infantile colic, allergies, asthma and dermatological problems.
These are just some of the top producing fruits and vegetables that deliver bioflavonoids and vitamin C to the table. Vitamin rich foods are always more effective in their raw form, look for colorful, fresh fruits and vegetables to benefit from a diet that will contribute to your health in many ways.
If we speak about the problem of anemia, and how to cure it. These natural medicine will be beneficial: clover, nettle (which withdraws water from kidneys, thus cleaning it), spinach, celery, parsley, dill, lettuce, ramson, garlic, sorrel, spring onions, longan fruit, pomegranates etc.
Longans are known to replenish blood and are excellent cure for anemia. They are also known to boost iron absorption in the body. Longans are also known to lower the risk of certain types of cancer and boost cell production.
One study found that pomegranate juice contains more polyphenols than red wine, grapes, and acai juices. Additional, but limited research, suggest pomegranate juice as a helpful supplementation to fighting LDL (harmful) cholesterol oxidation.

Among Herbs, which can provide you with bioflavonoids are: Shatavari, Gotu Kola, Arjuna, Ginkgo, Gambhari etc. 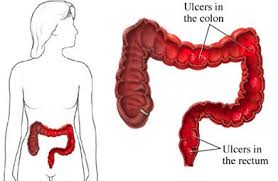 There are a number of medical treatments available to manage ulcerative colitis. Modern therapy is targeted at preventing flares and inducing remission (at least temporarily). These medications, however, have serious side effects, especially when taken for long periods. Corticosteroids, for example, can cause a number of cosmetic, psychological, and hormonal problems. Many patients simply cannot tolerate these medications. Children have particular problems with standard medications. When compliance with prescribed medicines is poor, treatment failure is common.1,2 Thus, many patients turn to natural remedies for their ulcerative colitis..http://www.drugs.com/health/ulcerative-colitis/natural-remedy-1234/#1

Some herbal or organic remedies may help promote gut health and prolong the time between remissions (flares).

The FDA has approved an intravenous formulation of the tumor necrosis factor inhibitor Simponi Aria (golimumab)for the treatment of moderate to severe rheumatoid arthritis in combination with methotrexate, according to manufacturer Janssen Biotech. This makes it the fourth approval for the drug since its initial approval in 2009, making it a strong contender for blockbuster status. The drug is already approved for active psoriatic arthritis, active ankylosing spondylitis, and moderate to severe ulcerative colitis unresponsive to previous treatments, the latter back in May 2013.

Spicing up food can make up for missing fat.

Researchers in Canada and Japan have worked together to develop a novel iron catalyst, which they suggest might make hydrogenation reactions more environment friendly. Hydrogenation reactions are commonly catalyzed using palladium or platinum compounds, but these metals are rare and expensive posing significant economic and environmental problems in obtaining adequate supplies. Iron would make a good substitute as it is abundantly available. But, iron oxidizes. Writing in the journal Green Chemistry, the team from RIKEN and McGill University, have embedded iron-based catalyst nanoparticles in a polymer matrix to protect them from oxygen and water and so preclude their catalyst from rusting. “Our aim is to develop iron-based catalysts not only for hydrogenation but also a variety of organic transformations that can be used in future industrial applications,” explains RIKEN researcher Yoichi Yamada.

DR ANTHONY MELVIN CRASTO, Born in Mumbai in 1964 and graduated from Mumbai University, Completed his Ph.D from ICT, 1991,Matunga, Mumbai, India, in Organic Chemistry, The thesis topic was Synthesis of Novel Pyrethroid Analogues, Currently he is working with GLENMARK LIFE SCIENCES LTD, Research Centre as Principal Scientist, Process Research (bulk actives) at Mahape, Navi Mumbai, India. Total Industry exp 30 plus yrs, Prior to joining Glenmark, he has worked with major multinationals like Hoechst Marion Roussel, now Sanofi, Searle India Ltd, now RPG lifesciences, etc. He has worked with notable scientists like Dr K Nagarajan, Dr Ralph Stapel, Prof S Seshadri, Dr T.V. Radhakrishnan and Dr B. K. Kulkarni, etc, He did custom synthesis for major multinationals in his career like BASF, Novartis, Sanofi, etc., He has worked in Discovery, Natural products, Bulk drugs, Generics, Intermediates, Fine chemicals, Neutraceuticals, GMP, Scaleups, etc, he is now helping millions, has 9 million plus hits on Google on all Organic chemistry websites. His friends call him Open superstar worlddrugtracker. His New Drug Approvals, Green Chemistry International, All about drugs, Eurekamoments, Organic spectroscopy international, etc in organic chemistry are some most read blogs He has hands on experience in initiation and developing novel routes for drug molecules and implementation them on commercial scale over a 30 PLUS year tenure till date June 2021, Around 35 plus products in his career. He has good knowledge of IPM, GMP, Regulatory aspects, he has several International patents published worldwide . He has good proficiency in Technology transfer, Spectroscopy, Stereochemistry, Synthesis, Polymorphism etc., He suffered a paralytic stroke/ Acute Transverse mylitis in Dec 2007 and is 90 %Paralysed, He is bound to a wheelchair, this seems to have injected feul in him to help chemists all around the world, he is more active than before and is pushing boundaries, He has 9 million plus hits on Google, 2.5 lakh plus connections on all networking sites, 90 Lakh plus views on dozen plus blogs, 233 countries, 7 continents, He makes himself available to all, contact him on +91 9323115463, email amcrasto@gmail.com, Twitter, @amcrasto , He lives and will die for his family, 90% paralysis cannot kill his soul., Notably he has 33 lakh plus views on New Drug Approvals Blog in 233 countries......http://newdrugapprovals.wordpress.com/ , He appreciates the help he gets from one and all, Friends, Family, Glenmark, Readers, Wellwishers, Doctors, Drug authorities, His Contacts, Physiotherapist, etc

One Organic Chemist One Day

All about Drugs, live, by DR ANTHONY MELVIN CRASTO, Worldpeaceambassador, Worlddrugtracker, OPEN SUPERSTAR Helping millions, 100 million hits on google, pushing boundaries,2.5 lakh plus connections worldwide, 36 lakh plus VIEWS on this blog in 225 countries, 7 CONTINENTS The views expressed are my personal and in no-way suggest the views of the professional body or the company that I represent, ........................A 90 % paralysed man in action for you, I am suffering from transverse mylitis and bound to a wheel chair, With death on the horizon, I have lot to acheive

A man from Bombay, who lives in Bangalore, and writes about India.

About life in Karachi - As experienced by a Pakistani

Bring On The Chef In You

A site about the people of Iran. Please enjoy and share with others.

The greatest WordPress.com site in all the land!